Information on the public meeting.

Competitive federalism and the case for additional states 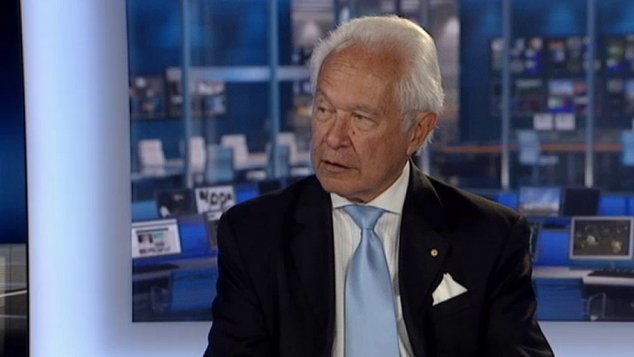 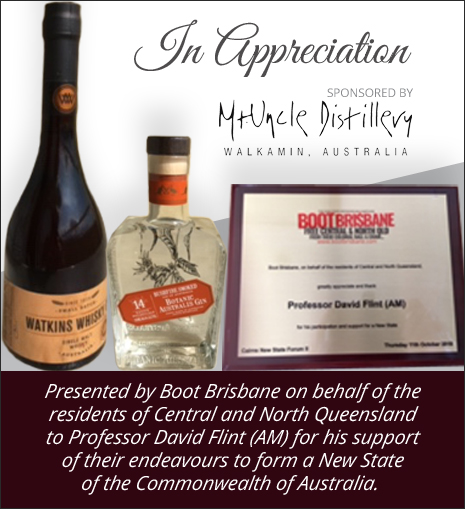 Professor David Flint AM read law and economics at Universities of Sydney, London and Paris. After admission as a Solicitor of the NSW Supreme Court in 1962, he practised as a solicitor (1962-72) before moving into University teaching, holding several academic posts before becoming Professor of Law at Sydney University of Technology in 1989.

He is an Emeritus Professor of Law, Chairman of the Australian Broadcasting Authority, and Associate Member Australian Competition and Consumer Commission from 1997 to 2004. He is also the President, English Speaking Union and National Convenor of Australians for Constitutional Monarchy.

He was Chairman of the Australian Press Council 1987 – 1997. In the same years he was Dean of Law of the University of Technology Sydney. During his term significant changes to Australian legal education were made, including:

Professor Flint is the author of numerous publications. His publications include books and articles on topics such as the media, international economic law, Australia’s constitution and on Australia’s 1999 constitutional referendum. He was recognised with the award of World Outstanding Legal Scholar, World Jurists Association, Barcelona, in October 1991. He was made a Member of the Order of Australia in 1995.

Phil Cassell is the owner and managing director of the Eco Group of Companies which is involved in Civil Construction, Mining, Automotive repairs, Multi-media and advertising, Hospitality and Accommodation industries in the north qld regions.

He is a 38 year veteran of self-employment and has recently started and is the current President of the North Qld Civil Construction Association.

The association is a membership association representing the civil construction industry from Mackay to Torres Straits.

Phil sits on several state and federal boards around business and training in Australia and has been influential in many government policy changes over the past 15 years.

He is a local family man with huge interests in developing business opportunities in the northern and regional areas of Qld. He is an avid believer that government spending in the regions requires closer scrutiny and greater parlimentary representation.

The purpose of the New State Forum is to:
1. Build a broad support base to further the mission of the "The Goal" of the Boot Brisbane campaign.
2. Identify the extent of electorates to be included in the future petition.
3. Establish a committed leadership group in Cairns.
4. Develop the FORUM such that it can be readily replicated in other regional cities.
5. Ensure we have the means to engage the public and media on a continuous basis.
6. Provide a point of contact for all individuals and groups seeking similar outcome.
7. Inspire FORUM attendees to register on the bootbrisbane.com web site and encourage them to create awareness throughout their various networks.

"The goal of the Boot Brisbane Campaign is to secure for the residents of Central and North Queensland a Referendum to vote on the proposition of forming a New State of the Commonwealth of Australia."

The goal of the Boot Brisbane Campaign is to secure for the residents of Central and North Queensland
a Referendum to vote on the proposition of forming a New State of the Commonwealth of Australia.